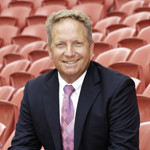 Ian Healy (nicknamed “Heals”) is a former cricketer who played for Queensland and Australia. Healy was a key member of the Australian team during its sustained period of success.

Healy was a very useful batsman and improved dramatically during the second half of his career. All of his four first-class centuries were scored in Test matches. By the time of his retirement, Healy held the world record for most Test dismissals by a wicket-keeper. 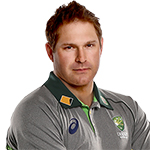