Richard Champion is a former Australian rules footballer in the Australian Football League and South Australian National Football Leagues. Originally from SANFL club Woodville, Champion was a high draft pick by the Brisbane Bears in 1988 VFL Draft, but did not move to Brisbane until the 1991 AFL season. Having played as a professional athlete for over 14 years, including 10 years with the Brisbane Bears / Brisbane Lions before his retirement at the end of the 2000 season, Richard now works full time for the AFL Players Association looking after the best interests and development of professional players.

‘Champs’ as most Queenslanders know him now, is a professional speaker, MC and media personality. 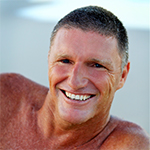